A perspective on Individual Systemics

There are different levels of reality

On the gross level the self is identified with it’s body and its psychological structure.

On the subtle level the self is identified with it’s subtle energy that governs and powers the gross body/mind. This is the level of dreams, energetic pain-body, yogic flow state. This state is called Samadhi.

On the causal level the self is identified with it’s soul which carries it’s unique key of potential and a karmic pattern. This is the level of the deepest individual identity.

On the witness level the self is identified with the empty, impartial observer that is separate from everything arising in it’s consciousness.

On the non-dual level the self is identified with Spirit, the True Self, No-Self, Emptiness, Universal Consciousness, Kingdom of Heaven, God or The Forever Unnamable It. To be identified with this state is called Spiritual Enlightenment.

These structures develop on the gross level of reality. The developmental process can be defined simply that a subject (identity) of the lower (junior) level becomes the object of the subject of a higher (senior) level. The nature of this process is transcend the lower and include it in the higher subject. These distinct structural levels are fixed and specific. They have been created throughout the evolution of humankind. They are universally given apart from the very highest levels that are just being formed by pioneers.

Every individual has to develop them in it's psychological system during it's life in the transcend and include fashion starting on the very first level. These levels have been described from different perspectives by developmentalists. In a world views perspective they are: archaic to magic to mythic to rational to pluralistic to integral. (Description and matching of major developmental lines can be found in work of Ken Wilber).

This development happens automatically while the individual lives in an environment of balanced support and challenge qualities. When the environment isn’t ideal then pathologies can occur. Pathology simply means that the transcend and include transformational growth process has not been properly completed. In this respect there are 2 types of pathologies or shadows being created.

When there is transcend without include then the lower or junior subject is suppressed or disowned. It’s qualities or impulses are so denied in the higher subject which manifest as aversions or allergies to these qualities.

When there is include without transcend then the lower or junior subject is merged or fused with the higher or senior subject. So its natural impulses are mixed with the senior subject in its consciousness which manifest as fixations or addictions to these qualities.

Besides the existence of optimal environment of support and challenge the self needs life force available for its growth and development. This energy can be trapped in the disowned junior subjects or can be leaking through obsessive activities of junior subject(s) fused into senior subject. Personal development stops while there is an equilibrium reached between influx of life force and consumption of it by life activities and maintaining of the shadow structure. The total amount of life force available to the self is defined by the capacity of the soul.

So the self in the gross state is identified as a subject. The subject is unconscious. It is the instrument of the True Self of seeing, sensing, feeling, interpreting, understanding and acting. The self is driven and determined by it. On the contrary the object and all of its given qualities, impulses and gifts that evolved over thousands of years is in the consciousness of the self. So the subject is aware of it and thus can execute free will upon it. Every higher subject is more complex structure then the previous one that allows the consciousness or the True Self to relate to more aspects of manifested reality. Better understanding to challenges and realities of human existence means ability to respond in ever more effective ways and so manifesting fuller life. Understanding simply means that there is a specific structure in the self created that matches a phenomena in reality so that the True Self becomes conscious of it or rather the phenomena itself literally becomes conscious of itself.

Human life is a spiritual practice

When a baby is born there is no psychological structure in it. There is no subject - object division on the gross level yet. The baby is completely identified with it’s environment and body. It is fused with everything. It is in a state of non-dual oceanic oneness and yet completely unconscious. It's consciousness is fully lost and spread in and around the baby. And then it awakes. It's very first structure in itself appears that allows the baby to become aware of the very first gross level phenomena. So this phenomena now becomes object in it's newly formed subject. So the process of development starts. Life force fuels the growth. On the other end of this process there is just completely free subject full of everything that has transcended and included all the phenomena in existence in any given moment. We are on this path of consciousness enlightening the manifest world whether we like it or not. So life and true spiritual practice are one.

And yet there are specific practices that can be done in order to catalyze this growth process. The core of these practices is based on discovery of every major wisdom tradition: different levels of reality (gross-subtle-causal-witness-nondual). The mechanics of these practices is very simple. The self can shift its identity to any of this level any time regardless of the state of its gross level structure. This shifting of identity brings more light of consciousness into the structure of the self which fertilizes the processes of healing of pathologies and development of the subject structure.

So what are the Parts and Inner Persons that IS works with? And what about Continents? Are we really so “many”? Is the Self really a chaotic self organizing system consisting of about 20 autonomous parts?

According to my current understanding and experience I believe that in a healthy adult of 40 plus years of age there can be found 6 different levels of development represented by 1 subject in stage 6. This 1 subject, or identity or the self consists of 5 previous subjects that has been transcended and included. So the consciousness of the Self of this individual can access qualities and gifts of all of these former subjects according to the situation. It is important to distinguish between these 6 subjects being equal to each other and forming some kind of system and between the actualization hierarchy that is in place in the self in a similar fashion that is found in the developmental sequence of physical nature: atoms to molecules to cells to organisms. IS considers these 6 levels as different Inner Persons or very different sources while in fact it is an actualization hierarchy in action.

Furthermore to the basic qualities of these 6 levels there is a specific “coordinate” that defines which exact area from the totality of the particular level structure will manifest or will be “downloaded” in the individual. This “coordinate” is the unique key of potential that is carried by the soul. It defines a specific address between extremes like feminine - masculine or Plato’s beauty - goodness - truth.

In addition to these 6 structural levels there are levels of reality corresponding to states of consciousness that the individual can shift identity to. IS would also establish these as different Inner Persons.

Then finally the typical part that IS works with are the pathological selves or the shadow parts. The split of or disowned subjects of the junior levels. Destiny of these parts is to integrate or include, or on the other hand to disidentify from or transcend, in the current highest subject and so disappear while releasing energy and healthy and positive qualities of the developmental level that it belongs to. So this means for example that there is no separate continent child at all. Inner persons of this continent are shadows created in childhood of the individual.

What is it? Why is it secret?

I believe that the typical Secret Power Self as it was described by IS is a mixed phenomena and a serious misunderstanding. First of all it is not secret because of its ill will to dominate the “front system” of the individual. It is simply secret exactly because it is not a part of the “front system” by design. It is a state of Samadhi. It appears when the individual becomes identified with or awakened to its soul energy on the subtle level of reality. It has its own history or karma and it simply governs the gross reality of the individual. How exactly the soul manifests its life force in its unique pattern through the individual person depends how fully it was able to enter or incarnate the body-mind yet. This “level of incarnation” is directly linked to the current status of healthiness (lack of pathologies) and achieved level of development of the structure of the self. The attribute of power is a typical quality of developmental level 3 that appeared about 10 000 years ago. So it could be said that the Secret Power Self encounter just means meeting at subtle level through split of subject structure of developmental level 3.

“You are many” is central message of IS. And even though this might be valid for almost everybody, in fact this defines a mental disorder. The journey of one’s life is about establishing of harmony of all human aspects in union with the Absolute or God. So the process of life goes from “you are many (shadow selves unconscious for the self that is moreover disconnected from the true self thus living false identity)” to “you are one with everything”.

Then Jesus asked him, “What is your name?”

In the Bible, Mark 5 it is described how Jesus restores a demon possessed man which might be first example of healing fractured mind of a man through power of conscious presence that is symbolized by Jesus.

“Go home to your own people and tell them how much the Lord has done for you, and how he has had mercy on you.”

The Lord equals the True Self. Which is merciful, dissolving shadows just by the light of its presence. 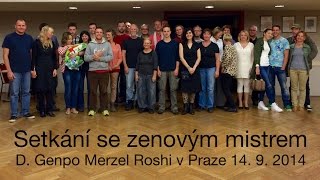 A perspective on Individual Systemics 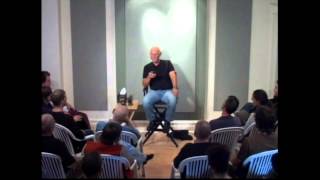